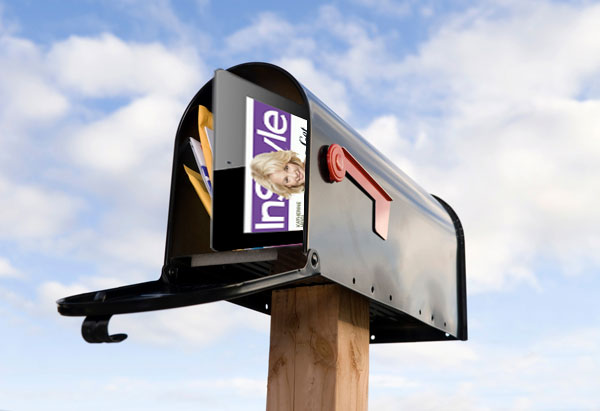 Everything is a publishing platform these days. The amazingly broad new platform consists of the internet of things– sprouting from apps through social media,  from LinkedIn through Facebook, Snapchat and more. Let’s not forget wearable’s also right?

But if we take a more purist stance on this matter then we would probably say that only paper, desktop and mobile rank as “platforms” in the original sense of the word.

That time has (arguably) long gone.

Now, even your Gmail or Ymail inbox is essentially a platform if we can now read a publication entirely in email without having to click through to the host’s site. So times have changed. Email newsletters, often used a channel to lure readers back to publishing sites, are now platform-like publications themselves. It is the publishers’ next platform.

Originally posted on Digiday, Lucia Moses‘s article below details how email publishing brings in a new segment of audience and how our inboxes today will go beyond its purpose. We are talking about a deeper level of engagement than simply sending and receiving messages.

… Many are already treating email newsletters as platform-like publications themselves. That means creating content specifically for the email experience, often more conversation and text heavy than standard email newsletters that act as reproductions of websites.

(1) With the Quartz Daily Brief, readers get a tight compendium of around 25 stories from Quartz and other news sources. The business publisher recognized that people are no longer coming directly to publishers’ sites through social media side doors, so it takes the approach that everywhere it publishes is a platform in an of itself, rather than just a way to get people to Quartz’s site, said Gideon Lichfield, senior editor in charge of the Daily Brief.

“We think of email as its own thing, as opposed to servicing of another part of the platform,” Lichfield said.

(2) Similarly, Ozy, a millennial-aimed upstart, designed its Presidential Daily Brief to be entirely read in email and is planning to do the same with its other email newsletter, the Daily Dose. The Presidential Daily Brief summarizes around 10 stories from around the U.S. and the world, with links to Ozy and other news sources. Ozy claims 1.2 million subscribers in all for the Daily Brief and Daily Dose as well as custom newsletters it develops for distribution partners.

“One of the realities of the digital world is that people aren’t going to consume content on your site,” said Aneesh Raman, vp of marketing and audience development at Ozy Media. “We’re trying to be more of a digital native. So we think about our audience as a group that’ll consume Ozy in different times with different means.”

(3) Similar thinking was behind Briefing, a summary of five of the day’s top stories that’s designed to be read in three minutes. William Nutt, a recent college grad turned digital consultant, who launched Briefing six months ago, said, “The idea behind the Briefing is that it really provides the day’s most relevant news stories and the meat of those stories and imperative context without having to go to outside sources and sift through the myriad information out there.”

For readers, there’s something comforting and satisfying about getting to the end of a list of hand-picked articles. As people shift reading to mobile devices, where publishers’ article load times are notoriously slow, there’s an even stronger case to be made for the self-contained email newsletter that doesn’t require clicking out. And at a time when publishers are increasingly pressured to publish on others’ platforms, email newsletters let the publisher control the user experience and advertising revenue.

“For us, email isn’t a nice to have, it’s a must-have,” Raman said, “because when you’re on social feeds, we’re on someone else’s land.”

Many publishers still use email newsletters to get people to click through to their sites. (And even the self-contained newsletters include links back, for those who want to read more.) But given many publishers’ relatively small newsletter subscriber numbers, it doesn’t make sense to think of the product as a traffic driver anyway, Lichfield said. That’s certainly true in the case of the Quartz Daily Brief, which has 130,000 subscribers — just 3 percent of its U.S. monthly traffic of around 4 million (comScore).

“For most publishers, it’s only going to drive a tiny percent of traffic,” Lichfield said. “So it can be a wasted opportunity to use it merely to drive traffic when you could use it as a publishing phenomenon unto itself.”

Newsletters are opt-in, and subscribers tend to be loyalists, which can make them an attractive place for advertisers to be. Quartz claims an open rate of 40 percent; Briefing, 50 percent. Because they’re showing up invited in someone’s email box, newsletters feel more personal, but that also means the expectations are higher.

(4) Vox.com recently experimented with its daily e-newsletter, Vox Sentences, replacing the pithy one-liners and links with chunky paragraphs. But readers hated it, and Vox went back to the bullets — which goes to show that changing a product is tricky when you have loyal readers. “Too long, not easy to read,” were among the reader comments, said Allison Rockey, Vox.com’s engagement editor. “People really liked the quick, concise sentence format.”
Read full article on Digiday, here.